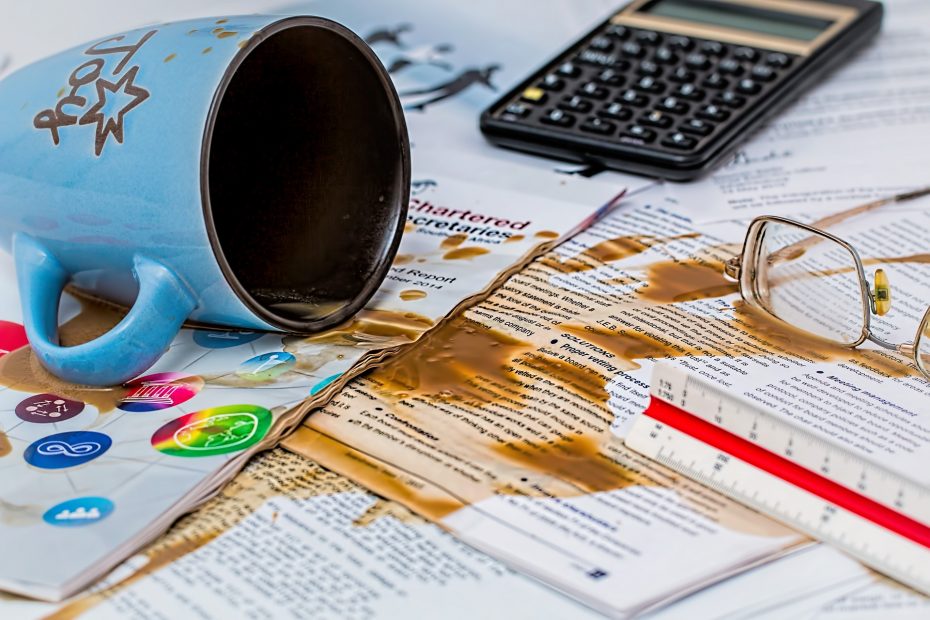 When people live ‘on mission’ often times their ministries will outgrow them. Non-profits, associations and churches are often birthed out of the passionate focused living of just one person. But the difference between being a ‘one-man show’ with a lose association of participants and being a formal organized entity like a church or non-profit comes with a myriad of growing pains.

Often times the boot-strap thinking of solo work doesn’t translate to a thriving organization, and making decisions on the fly doesn’t elicit feelings of confidence from your stake holders.

There is lots written towards large non-profits in the categories of fundraising, stake holder involvement and governance, but small non-profits and churches (under one million in annual collections) have different challenges and different tendencies to avoid.

Today I share with you the three money mistakes of small non-profits (and churches).

Budgeting Based on Last Year’s Receipts

Having a budget is important for corporate governance but it’s also a key indicator of what you want your non-profit to DO.

In my experience, most non-profits just want to exist, and that’s a really bad goal!

Budgeting on last years receipts says essentially you have no direction for the upcoming year, so you’re just going to work with whatever you had last year.

A Non-profit budgeting session should be 11-months of prayer, 3 weeks of research and 1 week of number crunching.

Non-profits should start their budgeting by asking God “What do you want us to do this year?”

That means you put everything on the table. The pet projects, the annual outreaches, the perennial events, Aunt Sally’s bake sale. Everything goes to the chopping block.

Once you’ve decided what GOD wants, you start putting numbers to everything God wants to do.

As a pastor, there have been years where the things God wants from us don’t involve a lot of money. He wants us to be present in the community, present with people, make connections, that can all be done with relatively little funds.

Other years however, building moves, staffing changes or program initiatives mean large investments of cash. Year by year, budgets should look quite different.

Once you have the number representing all the things God wants you to do. That’s your annual fundraising goal.

If you don’t have the faith for the number you arrive at, that’s OK. Build in some contingencies. Make sure you prioritize the stuff you know God is doing versus the things you ‘think’ he’s doing. But work your way from the bottom up and thin it down as needed.

Don’t work from last year’s revenues and try to fit your budget off of those arbitrary projections.

Zero-based budgeting works fine for a family (though it’s not my preferred method).

But it’s horrible for an organization that gets its revenue by asking people for money.

If your fundraising pitch to donors is: “Our goal for this year is $50,000” That’s a non-starter.

But if you can say “We need $50,000 to hire an English/Spanish social worker” people can get excited about that.

If you’re living on mission, you should expect God to deliver the revenue necessary to do the things He wants you to do. And you should always scrutinize things that ‘we do every year’. Preserving those pet projects is the quickest way to end up with a social club instead of a mission.

Most churches and non-profits are birthed and/or piloted by a passionate leader who sacrifices a better income, more stable working hours and less pressure to work in a field they care about and a cause they are passionate for.

“They shouldn’t be doing it for the money” is the common refrain from church and non-profit board members alike.

What’s funny about this statement is all the professions we never say this about.

Do you want your financial advisor advising you for the money? Or do you want him to enjoy seeing his clients succeed financially?

Your doctor performing surgery for the money? Or for him to have a passion for saving lives?

Your kids teacher teaching for the money? Or because she genuinely enjoys educating children?

It’s embarrassing that an organizations dedicated to ‘helping the poor’ would pay their executive positions poverty line wages, but I see it happen all the time.

Church boards will haggle over a pastor’s salary, but buy new chairs without blinking an eye.

And executives will fall on their salary sword every time a donation crisis hits the fan.

I share a story about this on the Christian Money Podcast.

Some executives who are independently wealthy, or frugal will insist that they don’t “need’ a fair salary.

But what they fail to understand is the risk this poses to the non-profit as a viable organization.

When organizations under-pay their executive leaders, they prevent themselves from growing beyond the ability of the executive they have.

When an organization is dependent on the executive director/ founder, you don’t truly even have an organization yet, you simply have a loose association of people going in the same direction, bound by the strict rules of corporate governance.

Under-paying your executive leader sets the organization up for demise if the founding executive were to resign, burn-out, get caught in a scandal or get hit by a bus.

Many executive directors think they are doing their non-profit a service by being under paid, but really they are setting it up for disaster. They are putting their organization in an impossible situation, where they will never be able to find a replacement without drastically increasing their payroll virtually overnight and almost no non-profit has that kind of flexibility in their budget.

If your non-profit is under paying their staff, you need to develop a plan to get their salary to a market-competitive wage over the next few years or sooner.

Fundraising Instead of Developing Donors

Once churches and non-profits have a budget in mind they shift their mind to ‘raising’ the money.

Bake sales, capital campaigns, car washes and 50/50 raffles, these are all tell-tale signs of an organization that isn’t on mission, but is on self-preservation mode.

It’s easy to fall into this trap, but how most non-profits raise money, shows a complete lack of understanding of the purpose for the organization.

The goal of a non-profit, and (hopefully) any church, is to accomplish something not keep the lights on.

If you are, say, an organization that helps find permanent housing for the homeless in your city, selling cupcakes at a bake sale, or having a ticketed event fills your coffers but it doesn’t move you closer to ‘mission accomplished’. If money alone could solve the problem it wouldn’t be a problem.

However, if you were to have an event targeting realtors, local investors, or city planners, you may still raise money, but you are more likely to recruit stake holders into your mission.

People who own the real estate, plan the developments and have contact with the people moving in and out of the city are the people an organization like yours needs to know.

They aren’t just checkbooks, they are partners. But they are also the checkbooks most likely to connect with your mission on an ongoing basis.

Likewise, your donor list is not just a list of nice souls who want to help you. It’s a list you should constantly be cultivating for ideas, contacts, and even more money.

Most sales people know that the easiest people to sell are repeat customers.

Why? Because every sale is actually three.

You have to sell a prospect on You, your company/product, and now. A salesperson must convince a customer that buying this product, with them, at this time is in their best interest.

A repeat customer has already settled two of those issues (the person and the company).

Your $50/mo donor said “yes” once to your mission and to you as a fundraiser.

Way too many non-profits spend all their energy on trying to find NEW donors, or run events when in reality they just need to walk their current donors into deeper levels of engagement, to include larger levels of giving.

I highly recommend spending some amount of fundraising budget on lunches with targeted donors who are invited to speak into a specific aspect of your organization.

You may invite a dozen or so people to lunch to present a problem you’d like their input on, or to get input on a new hire or building move.

The more you simply collect monthly dollars from people the more they can feel pacified that they are ‘doing enough’. But they are partnering at arm’s length so that your problems are not their problems.

You want all your donors to feel like your problems are their problems.

Non-profits can still run fundraisers, but the executive director should not be running around like a chicken with their head cut-off putting it together (which is how fundraisers ALWAYS go).

They should be available and sifting through the people at the event, making notes of who to follow up with and for what. If you aren’t capturing contact information for the attendees at your fundraiser it’s a complete waste of time.

Non-profits and Churches need to stop thinking about money in terms of ‘keeping the lights on’ and start looking at it as provision to accomplish a mission.

What would a world that didn’t need your organization look like?

What would have to happen for the world to get there?

Focus all your money on those things, and keep it away from things that aren’t relevant.

There are lots of good works to do. But God is only asking you to do the good works he prepared for YOU!