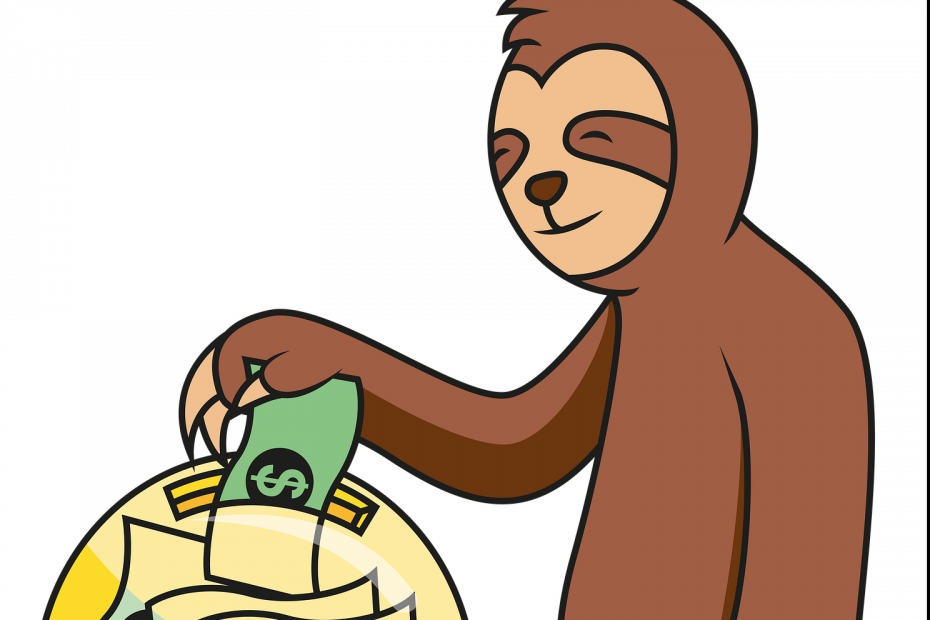 Is Your Money Too Slow?

Is Your Money Too Slow?

Recently, I met with a missionary from another country.

He and his wife ate at our home. We shared conversation through some language difficulties. These are people who had left lucrative careers in engineering to become culture changers for a people they loved.

Before they left, they were eager to meet a second time.

As a pastor of a congregation, I knew why they were eager.

Missionaries live by donations, and certainly after the marvelous evening we had had, and us both getting to share our hearts for the same people, our church would want to partner with them.

I galvanized myself to explain that I wouldn’t be able to give them an on-the-spot answer. I would have to take it to my board and proper channels etc.

What happened at this meeting shocked me.

When God Gives You the Go Ahead

This couple didn’t pitch me to partner with their ministry.

They didn’t ask for a monthly donation.

They did something I’ve never heard of a missionary doing.

They gave ME money.

“Jeff,” they said through freshly learned English “we believe in what you are doing. But you don’t have everything you need.”

I nodded my agreement. In just a few hours of talking, this man of faith had perceived my heart and my situation. He knew that what I felt drawn to, I had no business doing. It’s how he knew it was God.

“We want to give your family a gift.”

For months I had been carrying a secret desire to reach the very people group in my community that this man travels the world ministering to. But it was only a desire. It was an instinct. A thought. It started with a couple simple words “what if…”

The missionary left the state and after several more stops in the country landed in his home country.

Sure enough he sent my family a financial gift, that blew me away. It wasn’t that it was life changing money, or even month changing money.

Like Paul Depodesta says in the movie “Money ball” ‘it wasn’t about the money, it was about what the money says’.

The money was a way of Jesus saying, “This man doesn’t know you, but he knows me. I see you, and I say ‘Yes’.”

In economics there is a term called ‘money velocity’.

It is a measure of an economy’s health. In layman’s terms, money velocity is simply the number of times a dollar changes hands in a given economy each year.

A lot of exchanges generally indicates a healthy economy. Not many exchanges signals an unhealthy one.

As a quick example:

The baker could have just as easily put the $50 in the bank and saved it for a rainy day. In which case the money would have not turned over at all. Or the baker and coffee shop owner could engage in this cycle many times over increasing the ‘turn-over’ rate.

Economists argue about how helpful this measurement is, and I don’t want to be a part of that argument. But I do want to hi-jack the term for my own use.

There is something in receiving money out of the blue that builds faith like very few things can.

Jesus says there are two things that will choke the word out of us 1. The deceitfulness of riches and 2. the cares of this world. Essentially, the attraction towards money and the fear of not enough money.

Receiving an unsolicited donation is a reminder that you can rely on God for provision.

It frees you up to stop chasing money as if it’s on you to provide for the mission God has for your life. God providing for your mission helps alleviate the fear that maybe you are crazy.

Which leads me to the idea of measuring “giving velocity”.

If I hold onto this money and use it to pay my bills, faith builds in me. That’s good, but it’s not great.

But what if I take some or all of that money and give it away to someone else or multiple people who, like me, have a mission before them that they just may not have the faith for?

And what if that gift unlocks enough faith for them to do the same?

Could the gift giving of this one missionary (who by the way likely got this money from a donor), start a wave of faith across my circle of influence?

The truth is the money is helpful, but that was not the biggest benefit I received. What if, as people on mission; ministers, missionaries, churches and not for profits, we focused more on the velocity of our giving than the fundraising of our sustenance?

The Bible is actually fraught with examples of small acts of giving creating large waves of financial miracles.

In John 6, John gives the account of the feeding of the five thousand.

The disciples distribute the food to all five thousand men (and presumably their families).

I would wager that those disciples were generous with those 12 basketfuls and the multiplication of faith ran through that city.

In fact, John 6:14 says exactly that! “After the people saw the sign Jesus performed they began to say, “Surely this is the Prophet who is to come to the world”.

Here the faith building act of giving multiplies to not just feed five thousand men, but to feed them abundantly with left overs. (I would love to follow those baskets around town and see what other financial miracles followed).

One more example is one of my favorite in 1 Kings 17.

The Prophet Elijah is hiding out from the crazy Queen Jezebel and ravens are bringing him his food each morning and each night. Financial gift #1. This by itself is amazing enough.

He then goes to a widow who is supposed to feed him, but she doesn’t have anything to give Elijah except her very last meal. Elijah is probably wishing he stayed with the ravens at this point.

Elijah tells her to give him the bread anyways and see what happens, could it be that Elijah’s experience with the ravens built the faith he needed to perform the financial miracle that happens next?

The widow does as Elijah saying making him a loaf of bread with her last bit of flour. Financial Gift #2.

And the flour doesn’t run out, it keeps going as long as the widow needs it to. Financial MIRACLE!

In Mark 6, Jesus marvels at his town’s unbelief. Could it be that the financial gifts in these couple stories built the faith needed for the real financial miracle to happen?

Could the absence of a financial miracle in your life, or your churches life or your community’s life have more to do with a slow giving velocity, than God’s delay?

I am not a prosperity Gospel guy. Far from it.

Living ‘on mission’ often dictates living on the edge.

Many people who live lives oriented around God’s life for them are dependent on outside donors, Josh Rinehart names these benevolent donors Gospel Patrons.

The question I hear a lot from people on mission about these mysteries Gospel Patrons is: How do I get one?

The principle of reaping and sowing is thoroughly grounded in the Bible. What you sow into, you are going to receive.

If you want to live in an environment where financial miracles happen to you, start speeding up the giving velocity in your circle of influence.

We so easily can focus on ourselves. “How can I have enough to accomplish X?”

We get out our spreadsheets, and our plans, start our side hustles and work our way towards ‘enough’. (Which, by the way, we never get there)

What if the Church were a place that worried about how everyone around them could step into their calling, their life, their mission, and let God worry about how she could have enough to accomplish hers?

Stockpiling money to ensure you have enough to make ends meet?

Or giving freely to anyone that asks (or doesn’t ask) of you?

The church’s ‘giving economy’ is sick.

The giving velocity is low, we replace faith with ‘wisdom’ which is just a euphemism for fear.

What the church needs is not better budgeting, better planning, or more creative ways to create income.

Christians need to open up their wallets to each other.

Instead of thinking that tithing is the upper limit of generosity. We should consider it the floor.

Instead of arms-length giving to faceless organizations or even churches, we should look for people on mission who might need a building up of their faith.

Instead of hoarding cash, or building an income plan for ‘someday’ when we can step into our calling, we need to start investing in other people’s faithfulness with whatever we have.

Speed up the giving, build up the faith, Watch the financial miracles.

Want to speed up your ‘giving velocity’ and get your money on a mission? Sign up to get weekly content like this right to your inbox.