I’d Rather be a Grinch than a Scrooge 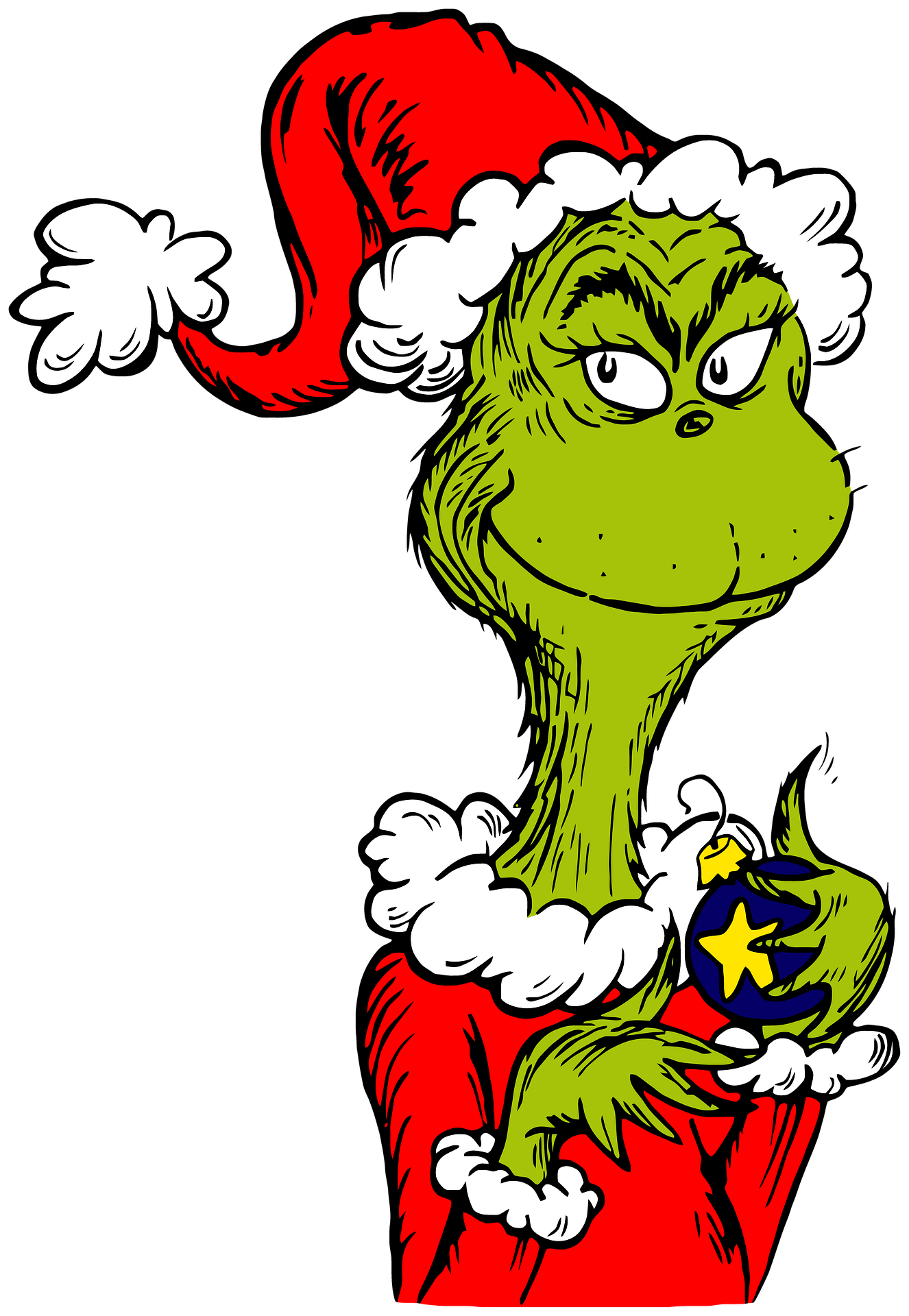 Which I feel is unfair.

Just because I’m not the first person to volunteer to decorate Christmas cookies, or prefer not to listen to incessant sleigh bells in every song on the radio, or refuse to wear an ugly Christmas sweater doesn’t mean I don’t have holiday spirit.

In fact, in comparison to the ‘glitter of commercialism’ maybe I have MORE Christmas spirit than the average cookie-decorating, carol-singing, sweater-wearing celebrator.

The Grinch gets a worse rap than he deserves and the church seems like it would rather be a Scrooge.

Jim Carey’s “The Grinch” is my all-time favorite Christmas movie (Die Hard is a close second).

In this depiction the Grinch is a reclusive outcast whose traumatic Christmas experience as a child causes him to lash out at Christmas.

But the Grinch has some things going for him, that many Christians don’t.

Simplicity- The Grinch doesn’t have the nicest newest stuff. He lives on leftovers from the Who’s, who, constantly discard items in favor of new ones. The Grinch seems to get by on what he has, needing seldomly to travel into town for much of anything, except the occasional vandalism spree.

While I don’t suggest a diet of beer bottles and banana peels, our Western church could learn a bit about the difference between what we need and what’s available to us. Spending some time in solitude and simplicity helps us ‘zoom out on life’. The Grinch’s seclusion gave him space for his existential crisis that led to his heart growth.

Boundaries- The Grinch, despite his insistence on “being booked, guards his time well. He refuses to let intrusion, interruption or phone calls interrupt his mission of Christmas avoidance.

From his automated dog powered intruder device, to his efficient outgoing voicemail, the Grinch can stay laser focused on what matters the most to him.

Perhaps we shouldn’t make death threats via voicemail or run off anybody who steps on our lawn. But how often do we respond to events and people out of knee-jerk urgency instead of measured priority? Not every interruption, every opportunity or every need requires us to attend to it.

Some things aren’t on mission.

Especially during Christmas, we’d do well to devise life boundaries that keep us on mission and out of other people’s business.

While the Grinch gets ostracized. The church seems to adopt some of Charles Dickens’ Scrooge’s attitudes towards money.

In common usage, it seems the term “Scrooge” has lost its meaning as a miser, or a tight wad, and has become another replacement term for someone without Christmas cheer. A scrooge is one we reprimand with a cynical “bah-humbug”, but we are suspiciously silent on his lack of generosity.

Churches and Christian businesspeople look more like Scrooge’s in their wallets than Santa.

Over working– Scrooge makes his decisions entirely around the potential increase of his dollars and the success of his business. He finds himself working on holidays, criticizing those who ‘make merry’ and his only friends are other successful businessmen who put the almighty dollar in front of relationships.

He chastises his employee for taking time off and insists that he won’t get paid for work that isn’t done.

Unfortunately, this is my experience with many a Christian businessman. Often times they are ‘unable’ to attend church, host their friends and neighbors or spend time with the down and outs because they are working.

They see their purpose in the Kingdom of God orbiting around their business as if Jesus were depending on the success of their business for his eventual second-coming.

I’ve also found that Christian businessmen are the least generous when it comes to employee time off and pay. I have never been able to find out why this is.

I suppose in the name of stewardship they withhold their money and vacation time from their employees keeping their treasure safe in their barn (excuse me while I vomit).

God promised us seven days of provision for six days of work. Jesus said “Come to me all who are weary and heavy laden and I will give you rest” (not more work to do) Matt 11:28.

In the church, we honor overwork more than we do boundaries. This has been the demise of more than one minister or volunteer who was on mission.

Over saving- Scrooge withholds his money from those in need, saving it pointlessly.

His nephew implores him to either enjoy it or give away his money as he doesn’t even have an heir to receive it, but Scrooge refuses. Scrooge is more in love with his money than anything else, and it holds him in a trap that he cannot easily escape.

I know too many churches and para-church organizations with gobs of money in their checking account but no clue what to do with it. But they insist on ‘stewarding’ the money rather than finding someone to give it to. They focus not on the accomplishment of their mission, but on the gathering and keeping of resources.

In Defense of the Grinch

Christian organizations and households use Scrooge as a model, not a cautionary tale, for how to use their money, but the Grinch is the one without Christmas cheer?

Sure, the Grinch is a recluse, and a grump, and a vandal. But he is rebelling against the culture of stuff, selfishness and consumption. I argue (not that seriously) that he has MORE Christmas cheer than the average Western Christian.

Once the Who’s celebrate Christmas without gifts the Grinch is all in!

It’s the consumerism, and exclusion the Grinch takes exception to. Two things that have no actual basis in a Biblical Christmas anyways.

Meanwhile, our church and family budgets look a lot more like Scrooge’s than we’d care to admit.

We set our annual goals, churn out next year’s budget and stretch ourselves thin, trying to keep the work going throughout the merry making season as best we can.

So which are you?

A Grinch or a Scrooge?

Want to celebrate Christmas without being a Grinch OR a Scrooge. Check out this podcast.