Faith, Fear and a Little Too Cavalier 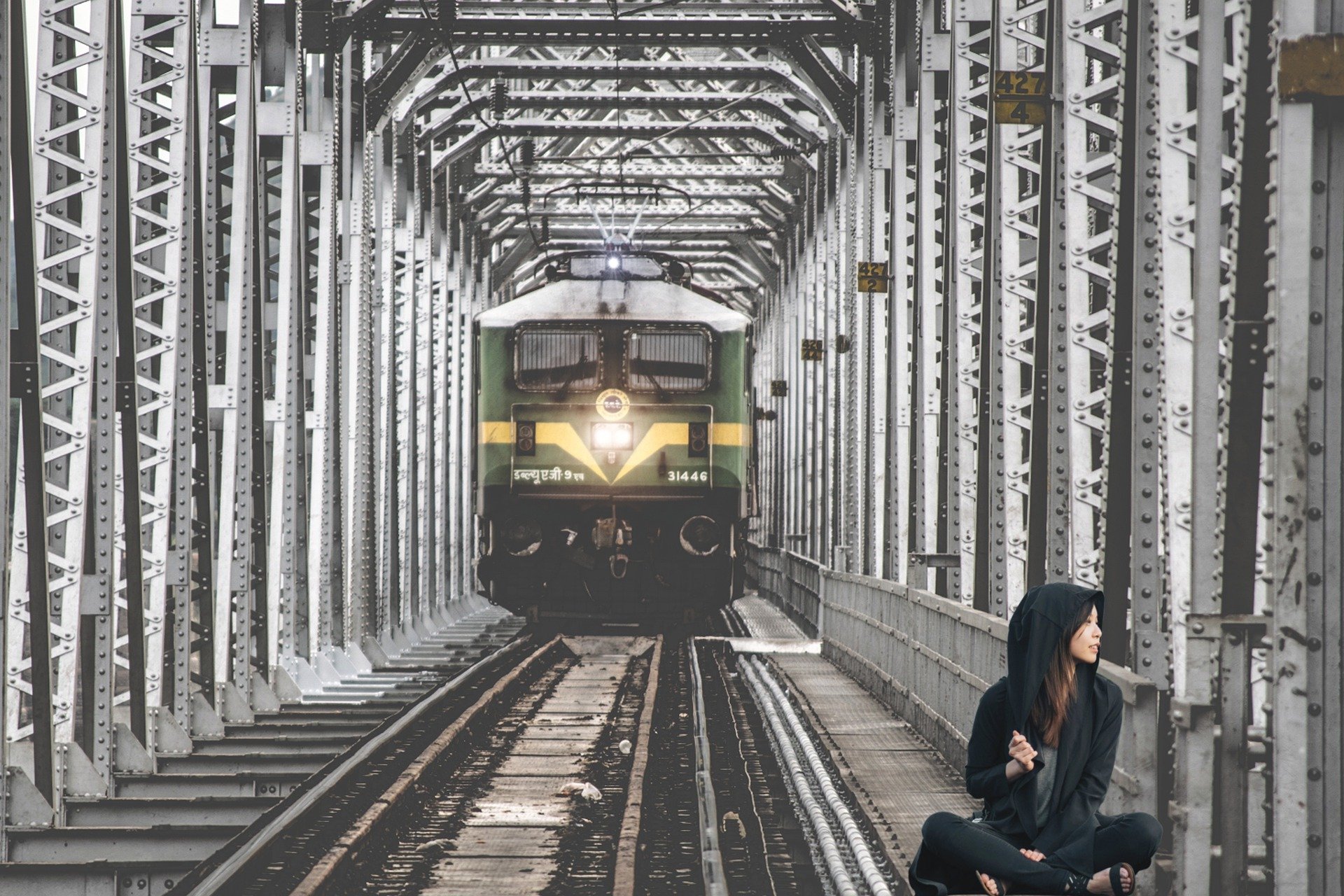 God called us into ministry. I went to work building a plan.

I was leaving a job that provided more than adequately for my family. We were able to give and save, vacation and generally not concern ourselves with what things cost.

Moving into ministry meant, I had to make a plan.

Or so I thought.

I took a business opportunity that seemed like a slam dunk.

“Psssh,” I thought “I’ll make as much money as I did before AND be faithful in ministry. This is awesome! God’s great!”

Just a few months into the opportunity and I realized I had made a mistake.

It’s not that the opportunity was bogus (though it had some flaws), but I could tell that I was walking in complete disobedience. A disobedience that broke me, leading me into an emotional and mental crisis, which resulted in a forced sabbatical, a nine-month period of unemployment.

I did little but go to therapy, work in the garden and experience my depression. God wasn’t letting me provide for myself and it was dismantling my faith.

Faith is such a nebulous word in Christian circles and even more so when it comes to finances.

Well-meaning believers prompt us to ‘have faith’ and to be ‘members of the faith’, to not let our ‘faith be hindered’, and to ‘profess our faith.’

Faith has become a stand-in word for, acquiescence to the existence of God, the liturgy of the church, evangelism, and living a moral life among a slew of other things.

The writer of Hebrews is pretty clear about what faith is “Faith is the assurance of things hoped for, and conviction of what we have not seen.” Hebrews 11:1

The writer, of course, is talking about the men of faith who looked forward to a savior in the future and took action as if he had arrived, although they died still waiting for his arrival.

In the church, however, we have replaced having ‘faith’ in our finances with being ‘faithful’ (read responsible).

Church planning meetings rarely consist of the discussion of, let alone the reliance on, ‘money hoped for’ or ‘money not yet seen’.

Church members find themselves chastised for taking a risk with their money ‘in faith’ rather than applauded.

Parachurch ministries and missionaries ‘plan’ their budgets based on money in the bank, or pledge cards collected across the country.

The church uses the word ‘wisdom’ as a euphemism for fear.

If we don’t step out, we defer to our need to walk in ‘wisdom’.

We can’t cut that check, because after all wisdom is ‘put the oxygen mask on our face before we save the person next to us’.

We run our projections, budgets and spreadsheets based on past experience, instead of listening to the Spirit of God.

For some reason, we in the church, have decided that having ‘faith’ in our finances means to work hard, tithe our money to the church and save plenty.

The Church turns the words written to the Hebrews upside down!

Faith in finances looks more like “the assurance of money in the pledge cards and a plan to save the money seen.”

The words of Jesus stand in stark contrast to what the church interprets as ‘faithful’ finance.

As I unpacked my finances and watched our savings account dwindle, I discovered what having faith for provision felt like. And it wasn’t like anything the church taught me.

Although a large portion of the Evangelical church needs to learn to live in actual faith with their finances. There’s another portion that needs to be a little less cavalier.

Would it surprise you to know that this following Jesus stuff requires a little bit of nuance, a little tension?

Many who ‘live on faith’ live as if they are immortal. They spend extravagantly, work seldomly and insist that because they are doing the Lord’s work, they will be taken care of.

Who will pay the bills? – Just have faith.

Who will plan the event? – Just have faith.

Who will provide the items for the poor? – Just have faith.

This is the financial equivalent of the Devil asking Jesus to jump off the pinnacle of the Temple, because the angels would catch him. Jesus said “do not test the Lord your God.” (Matthew 4)

Paul, when faced with a church that was often not working, expecting the arrival of Jesus at any moment told them

“But we urge you, brothers, to do this more and more, and to aspire to live quietly, and to mind your own affairs, and to work with your hands, as we instructed you, so that you may walk properly before outsiders and be dependent on no one.”

And it doesn’t look like becoming a burden on others.

I realized that in my over confidence in my business opportunity, I wasn’t ‘minding my own affairs’ (of my heart). I thought I was God’s gift to the ministry.

When Faith is Fear and Vice-versa

The biggest challenge for me while living on faith is knowing the difference between these two poles.

If God calls me out of a job without another one lined up, how long should I wait before I panic, taking the reins in my own hands and provide for myself?

If God spoke to me about a decision, how long before I decide that I was wrong and change course? Am I unfaithful if the decision doesn’t pan out? Did I just not have enough faith? Did I hear wrong?

If I give this money to the church, or missionary or someone in need and then end up with not enough for myself, what does that say about me? Was I giving the money out of selfish ambition? Was I wrong?

These are all really tough and nuanced questions. Questions that, quite frankly, I think Christians are afraid to ask.

They’d rather budget their giving, anticipate their career moves, and have a 10-year plan for their ministry.

Reading the gospel accounts he seems to meander from town to town for no apparent reason. He crosses the sea once, heals one man, and crosses the sea again. He runs into a Samaritan woman, stays a while and then leaves. He seems to have no plan, no support system, no end game.

But how do we know the difference between what the Father is doing and what I WANT him to be doing?

Troy Woodmansee, a pastor and entrepreneur I recently interviewed for the Christian Money Podcast answered this question like this.

( Sign up for this and future episodes to come straight to your email when it drops.)

We have to realize that the assurance of things hoped for and the conviction of things not seen, isn’t a house, or a car, or a successful ministry. The thing, hoped for but unseen, is the living Jesus Christ, who died and rose so that we may have life in him.

The thing is, when we step in on faith, we’re probably scared.

If we’re not scared there is probably something wrong.

We have faith, not in the eventual success of our business or our finances or our ministry, or least of all our plans. We have faith in Jesus.

We have faith that, even if it does fail, even if we were wrong, even if we have to walk a decision back, that Jesus is still there, still loves us, and will still provide.

The Israelites in the desert did almost nothing right.

They bickered, they complained, they made idols.

But they did one thing right. They followed the cloud. When it moved, they moved. When it stayed, they stayed.

For the entire forty years they were in the desert, whether right or wrong, obedient or disobedient they had what they needed. They had sandals that didn’t wear out. They had clothes that didn’t fall apart, and they had manna in the morning and meat in the evening.

Unlike the prevailing wisdom. There is no 7-child steps for faithful finances.

There is a relationship with the living breathing God, and doing our best to join in what he’s doing.

Talk to wise counsel, be aware of your motivations, pray and listen for God’s voice, but once you sense what the Father is doing, we have to ‘risk it all, to live the call’.

Wait one more day, hold out till the last second, pray for a miracle, ‘fix your eyes on Jesus’ who is the ‘perfecter of your faith.’

If it doesn’t work out, or meet your expectations, try to be realistic about what you ‘heard’ and what your motivations were. Recognize that God’s provision often looks like work, is humbling and sanctifies us (this is a painful, not ego petting, process).

Remember God is faithful even when we’re faithless.

He’s meek and humble of heart even when we’re too prideful to hear him.

And he can redeem all time, money and mistakes.

If you think you heard him, have faith. Get. On Mission.