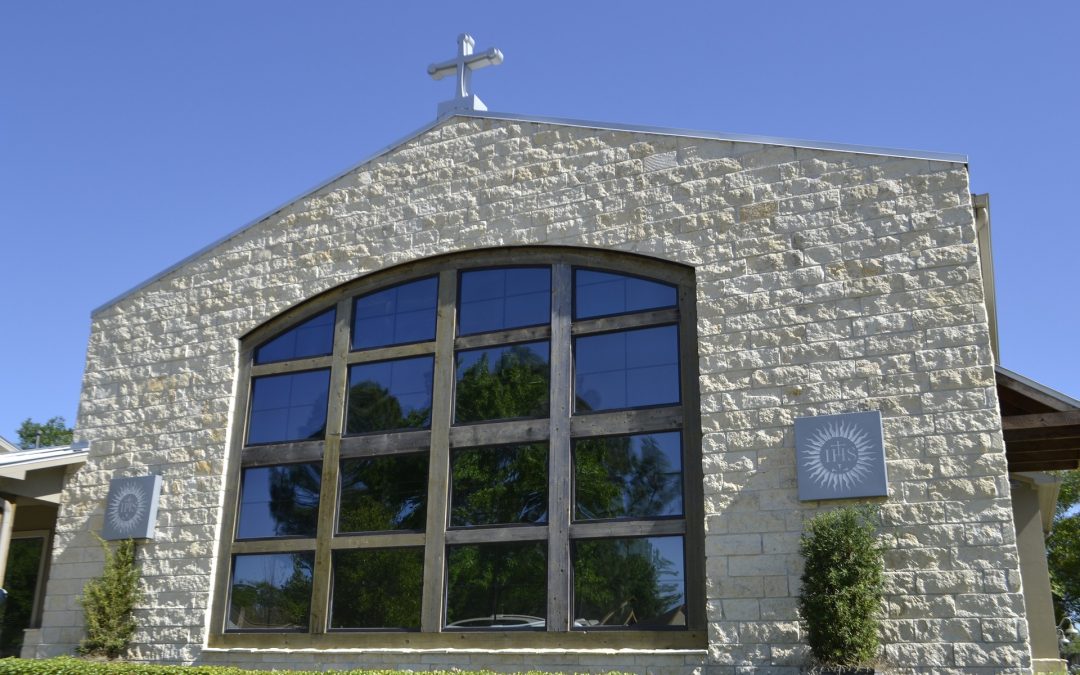 Let’s cut to the chase:

Churches should not own paid-off buildings.

I recognize this is a controversial take. Stick with me. (or don’t)

A few caveats and disclaimers: As with all things money, the heart matters. Contrary to Dave’s simplistic worldview, not everything is absolute. If your church has a paid-off building, I’m not necessarily calling you a sinner or “off-mission”.

However, I’d challenge you to consider how your organization deploys its assets.

Secondly, I’m still a young buck. I’m figuring this out as I go, thinking out loud and doing my work in public. It’s possible in 10 years, wisdom and maturity have changed my opinion. That’s the great part about growing. You can learn. You can change.

Lastly, I think we could argue the need for a church building in general, but that’s not the purpose of these thoughts. That’s more of a ministry philosophy question. One I’m not going to argue at the moment.

There’s a distinct lack of understanding in church boardrooms about what wealth is and how we’re called as Christians to use it. Many people make a distinction between equity in a church or a home and cash. They mentally account for them differently. As assets (things you own) they do function differently, but they are both wealth. They are things that the church owns and therefore eligible for deployment for the Kingdom.

When we operate in a paid-off building, then beg our congregation for more dollars as if the organization is struggling. We’re lying.

We’re refusing to deploy the wealth that we have.

I’ve seen pastors get their pay docked, buildings fall into disrepair, and congregations boot-strap. The elders scratch their heads wondering where they can get money.

The church literally has $500,000 but they won’t use it for the Kingdom because, “Well, that’s our building.”

Churches locking wealth away in a building is especially sad to me. That’s exactly what the rich fool did in Luke 12.

It’s an indictment of the church that we think it’s acceptable to take our money off the playing field of the Kingdom and lock it away in real estate. On top of that, we have the gall to ask our people for more money, muzzle our oxen, and not step into our calling, all while taking the spiritual high road.

If we’re called to lay down our lives and our wealth for the gospel, doesn’t that include equity in our real estate?

I think it does.

When we store money away in a structure we make it inaccessible for the mission. Liquidity, or cash accessibility, is an important part of living on mission, especially for an organization like a church that has an unstable cash flow.

We need to lock money away carefully. You never know when God’s going to come calling for it. Mission-minded Christians should position themselves to be able to move when God says to move.

If you have $5,000 in your church checking account and a half-million dollars of wealth trapped in a building, you can’t make a big gutsy move. You can’t put a bunch of chips down on a Kingdom bet. You don’t have it.

If you have $400,000 in a checking account and a couple of thousand-dollar mortgage payments. You’re flexible to take a six-figure risk on God’s call for your church body.

There’s No Difference Between Mortgage Payments and Rent

“But then we have a mortgage payment!”

I cannot wrap my brain around why churches think renting buildings is OK but paying mortgage payments is not.

I know churches that rent while they save money to buy a building with cash. They could be in the building doing the Lord’s work while paying the building off with the same or similar cash flow.

In fact, paying a mortgage monthly is less risky than renting a building. At least when you pay the mortgage you own the building. The landlord can’t suddenly decide that they want to sell the building or terminate your lease.

Not Called to Security

I’m almost done reading through the Bible this year. Do you know what I haven’t found? The part about being called to security.

I saw the part about the son of man not having a place to lay his head.

I read the section about don’t take a money bag with you.

There was the verse where Jesus calls us to leave our mother and father and BUILDINGS and land.

The onus is on the church, as an institution, to lead the money narrative.

We cannot stand in the pulpits, tell our people to take risks for Jesus, to put their money and lives on the line for Jesus, to get uncomfortable for the sake of the gospel, while sitting in a paid-off building. Then we turn around and ask for money to buy new chairs so that their butts are comfy during the sermon.

I weep over communities with gobs of money in the bank, a paid-off building, and no ministry.

They don’t help their city.

They don’t reach the lost.

They don’t care for the poor.

They’re setting up committees for potlucks and picnics, arguing over wall colors and wondering why they’re shrinking and irrelevant.

It’s not a city on a hill. It’s a cloister in a cave. (Or perhaps a million-dollar commercial building)

Unless you want your church to become a monastery, something has to change.

The Building is Not the Mission

There is something important about a sense of place. One way to show your commitment to a community is to buy a building and “set up shop” for the long haul.

If you’re going to make a building an important part of your ministry, you better wear that building out. Availing your physical space to the community is another way to deploy real estate equity into the Kingdom.

For a lot of churches’ missions, place is secondary.

Some communities are called to evangelism, training, or justice. For some bodies, a little bit of geographical flexibility is an advantage.

If your community suddenly gentrifies, perhaps you should think about moving your ministry to the poor to serve your displaced neighbors.

If your body is called to evangelism, perhaps you should meet where the group most willing to hear the gospel hangs out.

Perhaps you aren’t called to a geography, but a people group. In that case, the permanency of a building is a distraction not a strength.

We have to change the church’s money culture from the pulpit. We have to help write the narrative for what risk looks like.

In our board meetings, congregational gatherings and other decision-making moments are we asking questions like “What does risk look like?” “What is this body’s mission?” “How can we model faith in this decision?”

Or are we asking questions like “What’s safe?”, “Should we get new carpet?”, “What’s the best return we can get on our money?”

I’m no ministry juggernaut. I haven’t been around the block for more than a time or two. I’m open to having my mind changed on this.

Consider whether your church body has locked wealth away in a building.

Then figure out how to deploy it for the Kingdom.